What 2 new studies reveal about long COVID in Canada 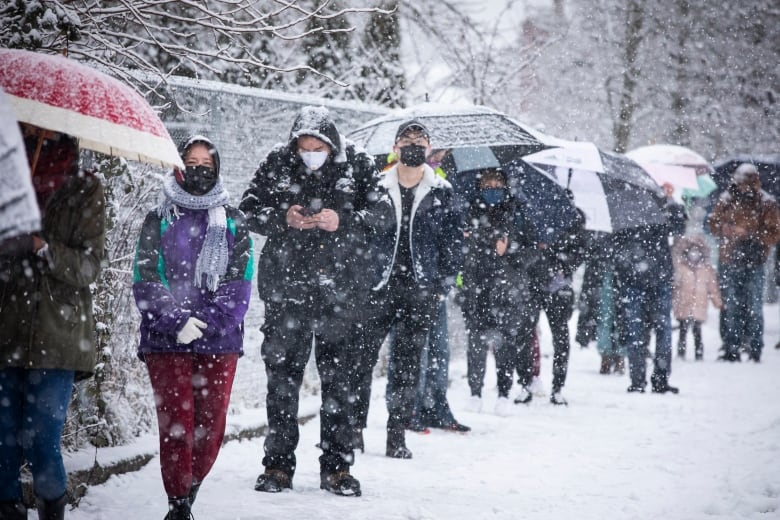 Two new large-scale reports are giving a clearer picture of the long-term impacts of COVID-19 infections on Canadians and the health-care system.

One report, published Monday by Statistics Canada, found that nearly 15 per cent of people who’ve contracted COVID-19 say they experienced lingering symptoms such as fatigue, shortness of breath or brain fog three months or more after their initial infection.

But compared with earlier phases of the pandemic, the report found that a much smaller proportion of those infected since the Omicron variant hit Canada late last year reported such long-term symptoms.

StatsCan, which conducted the survey in partnership with the Public Health Agency of Canada, describes it as the first nationally representative report of its kind.

A separate study also published Monday, in the Canadian Medical Association Journal (CMAJ), found that people who tested positive for COVID-19 in Ontario used more hospital and other health-care resources in the months after their infection cleared than those who tested negative.

The reports are the latest in a growing body of research into the scope of long COVID, a catch-all term for a range of post-infection health effects.

The World Health Organization has estimated that what it calls “post-COVID-19 condition” affects 10 to 20 per cent of those infected, but those figures are based on earlier phases of the pandemic. Newer research suggests long COVID is now occurring at a much lower rate.

StatsCan says its data suggests some 1.4 million Canadian adults — or about five per cent of the total population — experienced symptoms three months after a COVID infection. The survey was conducted among Canadians who tested positive for COVID-19 or suspected they had the disease.

“This is a significant number of people impacted by long COVID,” said Dr. Fahad Razak, an internal medicine specialist and epidemiologist at St. Michael’s Hospital in Toronto, and a former head of Ontario’s COVID-19 science advisory table.

“Clinicians in Canada’s research community have been waiting anxiously for the results of this and the data does tell us that we are like other countries,” said Razak, who was not directly involved in the study, in an interview with CBC News.

Because the survey data is based on people’s self-reports of post-COVID symptoms and isn’t compared with a control group of uninfected people, Razak and other physicians said the results should be interpreted with some caution.

The StatsCan report does not indicate how severe people’s post-COVID symptoms were, nor does it indicate whether symptoms waned at any point after the three-month mark.

StatsCan’s survey found that a notably smaller proportion of people infected since the Omicron wave report long-term symptoms, compared with those infected during the first year and a half of the pandemic.

The survey found 25.8 per cent of Canadian adults who contracted COVID-19 before December 2021 had symptoms at least three months after their infection.

Among those whose cases date from December 2021 onward, 10.5 per cent reported symptoms three months or more post-infection.

The lower rate of long COVID among Canadians infected since last December is good news, says Dr. Zain Chagla, an infectious diseases specialist in Hamilton, who was not involved in the study.

“The people that are really, really suffering the most are people that were infected very early in the pandemic,” said Chagla in an interview with CBC News.

Both Chagla and Razak said the benefit of vaccination is likely a key reason for the lower frequency of long COVID among those infected over the past year.

The survey also provides further evidence linking the likelihood of long COVID with the severity of illness when first infected.

Symptoms at least three months post-infection were reported by:

Dr. Angela Cheung, senior physician scientist with the University Health Network in Toronto, said those figures from the Statistics Canada report are consistent with previous research.

“I’m glad this survey happened and that we are actually trying to get a handle on the number of people affected by COVID-19 with lingering symptoms,” she said in an interview.

Cheung, who was not involved with either report, also said the CMAJ study published Monday is important for quantifying increased use of the health-care system after a COVID-19 infection.

The study led by researchers from Toronto’s Sunnybrook Research Institute and at the non-profit research agency ICES looked at the health-care use of more than 530,000 Ontario residents who were tested for COVID-19 via PCR before March 31, 2021.

The researchers matched the demographics of those who tested positive and those who tested negative and found “significantly higher rates of health care use” in the period starting at least eight weeks after a positive test.

The researchers found a 47 per cent increase in the average number of days spent in hospital per year by women who’d tested positive and a 53 per cent average increase among men.

The researchers said the findings can help the system prepare for health-care demand associated with long COVID.