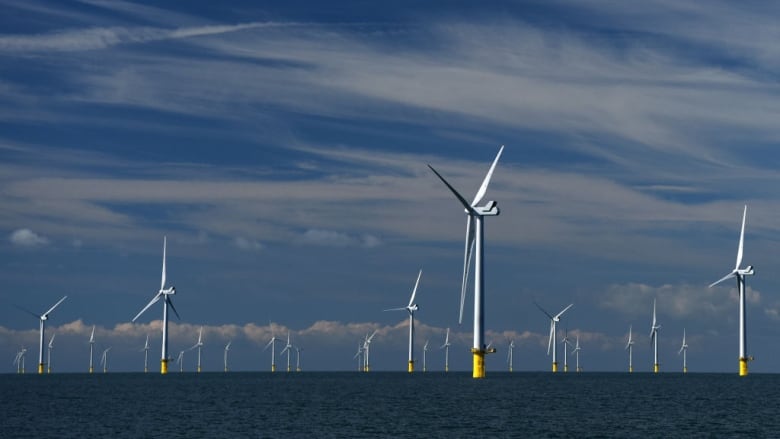 After more than a decade working in electric power planning, Richard Carlson has come to the conclusion that nuclear is the “most religious form of energy.”

In a rational world, you’d think it would be easy for what we might call the High Church of the Nuclear Climate Solution to sit down with the Radiant Opponents of the Expensive Atom, look at a few spreadsheets and settle the argument.

Several experts I spoke to said the strong views on each side would make nuclear power a divisive issue at COP27, the upcoming United Nations conference on climate change beginning on Sunday in Sharm El Sheikh, Egypt.

Some Canadian environmental think-tanks have not taken a position on an issue that seems too polarizing.

At a moment when the world — and many Canadians — are sharply divided over whether nuclear power is an essential ingredient for solving climate change, Carlson, director of energy policy at Pollution Probe, counts himself as an agnostic, buffeted from both sides.

As Canadian governments pour another billion dollars into developing a new kind of nuclear reactor — and spend millions more refurbishing existing plants — how hard could it be to sort out the answer of whether that investment is worthwhile or a waste? More difficult than you might think.

Listening to people on different sides of the debate and talking to smart people who study the data, it becomes apparent that a simple cost-benefit analysis is not simple at all. It’s like going down a rabbit hole, said one person who tried. In fact, there are those who say that insisting on a clear answer when none is available might just leave us paralyzed, dependent on coal and oil forever.

If you are looking for strong arguments to help you come to a conclusion, there is no shortage.

In the United States, James Hansen, former director of NASA’s Goddard Institute for Space Studies, is a champion of nuclear power who seems to have an answer for every question. In Canada, John Gorman, head of the Canadian Nuclear Association, has brought his communications skills burnished promoting the solar power industry to the pro-nuclear argument.

Necessary or too costly?

“It is a real necessary tool if we are going to hit our targets and keep our global warming below 1.5 degrees,” Gorman told the CBC’s Laura Lynch on the radio program What on Earth.

Listening only to Hansen and Gorman may leave you convinced. But on every issue, nuclear opponents offer contending arguments, complaining, for example, that the long development time for the new reactors leaves us dependent on coal, oil and gas, playing into the hands of the fossil fuel industry.

LISTEN | How climate change has put nuclear energy back on the table:

What On Earth38:16How climate change has put nuclear energy back on the table

Canada’s resource minister says there’s no path to net-zero without more nuclear development, and the push is on to develop small modular reactors. But uncertainties remain — and experts disagree whether they’re the climate solution we need.

“New nuclear energy builds will cost much more than renewable builds with storage,” said Susan O’Donnell, a nuclear opponent who teaches at the University of New Brunswick in Fredericton, as she and Gorman went head to head on CBC Radio’s The Current with Matt Galloway.

Cost seems like a relatively simple question to answer. Canada, perhaps due to being home to what some have called the world’s first nuclear accident (made famous by the heroics of a young Jimmy Carter), has had a good record of nuclear safety. But making nuclear reactors safe is tallied up in their cost.

The financial company Lazard produces what is called “levelized” numbers intended to add up the total cost of each form of energy. But there remain many caveats.

While existing hydroelectric power plants, where the construction costs are all in the past, remain the cheapest low carbon power, by most calculations wind power is the cheapest new build, followed by solar. Existing nuclear does not have the advantages of existing hydro because of maintenance and disposal costs.

Intermittent sources of power such as wind and solar have the added cost of storage. As polymath Vaclav Smil — distinguished professor emeritus in the environment faculty at the University of Manitoba — says in his latest book, How the World Really Works, our techniques for saving daytime energy for nighttime use “still have capacities orders of magnitude lower than needed by large cities, even for a single day’s worth of storage.”

The exception is in places like Quebec, where water stored behind hydroelectric dams acts as a giant battery. But as a plan to store power on a mountaintop near Collingwood, Ont., has shown, new pumped hydro is not cheap and has a completion time frame of many years. Pumped storage that does not need a mountain and a lake is close, but it will take time to build capacity.

An $8-billion US investment by Saskatchewan uranium miner Cameco Corp. and Brookfield Renewable Partners is seen by many as a vote of confidence in the nuclear industry.

“We’re witnessing some of the best market fundamentals we’ve ever seen in the nuclear energy sector,” Cameco’s president and CEO, Tim Gitzel, said after the deal went through last month.

University of British Columbia physicist and nuclear critic Ramana insists nuclear power will remain expensive and that business is only interested because it knows governments will pay the bills for what he called “a very complicated way to boil water … that is inherently very dangerous.”

He said the reason Alberta and Saskatchewan continue to support the nuclear plan is because using nuclear energy in the process of extracting fossil fuels is “to kind of dress it up as somehow being more green.”

On the other hand, a large nuclear industry that increasingly partners itself with the anti-climate change movement could be a powerful ally — a concept proposed years ago by Stewart Elgie when he observed that eventually, profit would take over from regulation as a green motivator for business.

Sharing power on the grid

“I think it’s important when you think of electricity, you think of it as a system,” said Pollution Probe’s Carlson, who is a strong advocate of creating regional and national grids to share power from where it is being produced to where it is needed.

“One technology is not going to provide everything we need; we’re going to need a portfolio of low carbon options.”

Trying to enumerate all of the advantages and disadvantages of nuclear energy is too big for a short column. Ryan Katz-Rosene, an associate political studies professor at the University of Ottawa who has spent years studying the political economy of going nuclear, said doing a line-by-line comparison of nuclear and its alternatives is next to impossible.

“It’s valuable to try to come up with a dollar figure if you’re trying to compare things, but ultimately the nature of this discussion is just so complex that you have to make decisions based on what’s good enough, not [what’s] perfect,” Katz-Rosene said.

He said the number of considerations is constantly changing and growing, the latest being the threat to nuclear reactors in Ukraine (“Not made to be safe in wartime,” Ramana said) and the drought that forced the closure of plants in France due to a lack of water for cooling.

Katz-Rosene is among those who think the new small reactor might not work or be too expensive. He thinks we have to listen to the risks as well as the benefits. We cannot know what alternatives there will be in 30 years. But at this stage, he believes the urgency of defeating climate change means we must keep all options open — and that includes nuclear.

“It’s about finding a happy medium between being open and listening to the two sides,” he said, “but also not letting it paralyze you.”

If Richard Carlson is right, it is likely that some of you won’t accept that.