With trust in RCMP eroding, some call for ‘broken force’ to be rebuilt 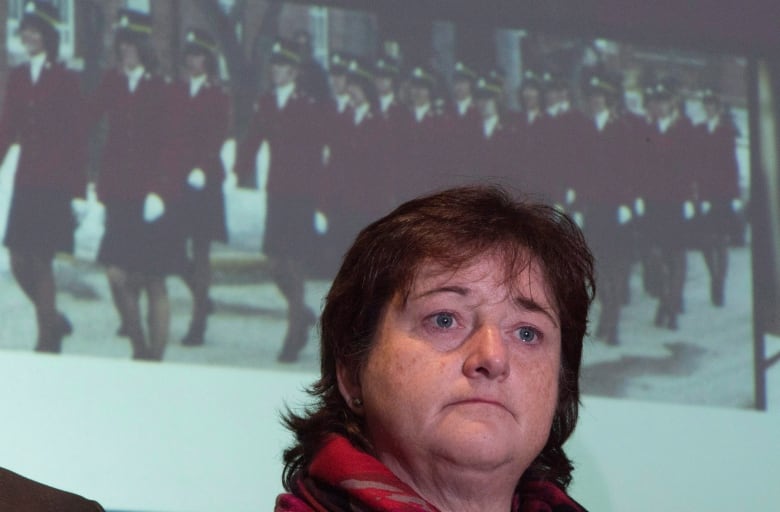 Harry Bond is blunt in his assessment of the RCMP’s role on the night his mother and father died in the Nova Scotia mass shooting — and of the force’s potential to reform in the future.

“My trust for the RCMP is gone,” he said during a recent telephone interview from his home near Mahone Bay, N.S., where he’s been going over the hundreds of hours of testimony heard at a public inquiry into the rampage that took place April 19-20, 2020.

His parents, Peter and Joy Bond died at their Portapique, N.S., home between 10:04 p.m. and 10:45 p.m. on the first night, murdered by a 51-year-old neighbour who drove a replica police car and carried on his killings the next day — taking a total of 22 lives, including a pregnant woman.

During the public inquiry, Bond heard senior Mounties testify they didn’t send out an emergency alert that night due to lack of protocols; that just four officers were available to enter Portapique because of chronic staff shortages; that no RCMP air support was available; and that basic smartphone apps to let police officers track one another in the dark also weren’t available.

And he said the explanations for these and a multitude of other shortcomings — including failures to probe early reports of domestic violence by the perpetrator — never seemed to begin with an admission that the force’s rural policing has failed to adapt to modern times.

“The biggest thing we need is for some of the senior people to say, ‘We screwed up. This is what we did wrong.’ Otherwise, nothing is going to be solved. This will happen again,” he said.

Distrust of RCMP a growing problem

The revelations during the mass shooting inquiry are the latest to fuel a distrust in Canada’s national police force that some experts suggest has been building for years. There were calls this year from an Indigenous group in Newfoundland and Labrador and from a government committee examining systemic racism in British Columbia for those provinces to get rid of the RCMP, while Alberta’s United Conservative Party government is working on a plan to replace the Mounties with a provincial police force.

In Cumberland County, where some of the Nova Scotia killings occurred during the rampage’s second day, the municipal council recently voted to seek proposals for local policing, including from police agencies other than the RCMP.

A poll commissioned by the force earlier this year showed only 51 per cent of Canadians believe the Mounties are honest, a drop of five percentage points from the year before. Only a third of Canadians feel the RCMP treat visible minorities and Indigenous people fairly.

“The RCMP is in for a reckoning. They really need to rethink what they’re doing as a police force,” said Michael Boudreau, a criminology professor at St. Thomas University in New Brunswick.

With the force’s missteps unfolding before the public during the mass shooting inquiry, Boudreau said it would be a missed opportunity if the commission’s recommendations don’t prompt sweeping changes — though he said he’s only “mildly optimistic” that will happen.

“Unfortunately, politicians are going to have to get involved if we’re going to have a serious discussion about the future of policing,” he said. “We cannot leave it up to the police to fix themselves.”

Historically, the RCMP has been adept at keeping its turmoil out of the public eye, Boudreau said. That all changed a decade ago when several women on the force said they faced discrimination, harassment, bullying and sexual assault at the hands of their colleagues. A resulting class-action lawsuit ultimately paid out about $125 million to more than 2,300 women.

Janet Merlo was among those women, and she was a lead plaintiff in the class action.

She said in a recent interview that she’s seen familiar problems with the force surfacing throughout the inquiry in Nova Scotia, including chronic understaffing, friction with local police, and a “cops first” attitude that delayed a public warning about the shooter driving a replica police car for fear it would put officers in danger.

“It’s all starting to collapse,” Merlo said. “I feel bad for the first responders, the ones that are doing the work.”

She’s now leading an effort to establish independent, external oversight of the RCMP, which she hopes will provide more accountability and help trigger a cultural change within the force.

‘I have lost total faith’

Two years ago, when a final report from the class action she led released a crushing report detailing the force’s “toxic” culture of hateful, sexist and homophobic attitudes, Merlo said she had hope Commissioner Brenda Lucki would change things.

But now, as Merlo watches the inquiry in Nova Scotia and sees little change after the lawsuit, she said that hope is gone.

“I have lost total faith in Brenda Lucki doing anything to right the ship,” Merlo said.

Boudreau believes Lucki should be replaced — preferably by a civilian who has never been a police officer, and who hasn’t been entrenched in the ranks for decades, he said.

The RCMP began as a national police force, and Boudreau argues they should return to those roots rather than stretching themselves thin across the country. They should be “looking at corporate crimes, national security and those kinds of things, not responding to 911 calls when someone’s stolen my ATV,” he said.

And while building municipal or provincial police forces to fill in the gap is costly and daunting, Boudreau said any significant change with the RCMP should involve a “fundamental, if not radical” re-examination of policing as a whole, both at the national and provincial level.

In an emailed statement from the RCMP’s national headquarters, Cpl. Kim Chamberland said reforming workplace culture and addressing harassment and discrimination is a priority for Lucki.

“We know that ending workplace harassment and discrimination, and improving workforce culture, is critical to achieving operational excellence and to our success as a modern organization,” Chamberland wrote.

She said the force has identified five key priorities toward this goal, including addressing systemic racism and improving accountability.

Meanwhile, Assistant Commissioner Dennis Daley, the new commander of the RCMP’s Nova Scotia division, has pointed to lessons learned from the mass shooting, such as the force beginning to use an emergency alert system, and commitments to improve communication with the public, municipalities and other police forces.

However, Boudreau said he agrees with Harry Bond that the force has not come to grips with its failings.

“I’m starting to think that maybe it is time for the federal government to get involved to really strip this force down to its bare bones and start again,” Boudreau said. “Because it’s a broken police force.”